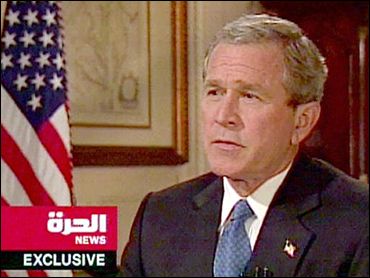 A new Arab television network broadcasting from new state-of-the-art studios. It?s called Alhurra, which means ?the free one,? and it uses Arabian horses as its signature.

Arab journalists from all over the world have come here to join a news department that says it?s committed to fair, balanced and objective reporting.

But Alhurra is not based in the Middle East. It broadcasts from an office building in an industrial part in Springfield, Va., just 15 miles from Washington, D.C.”