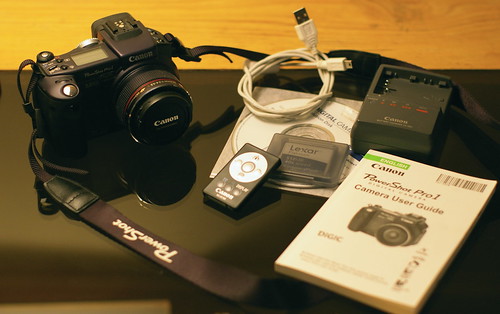 In the genteel streets of St. Petersburg, Russia, the whole Lomographic phenomenon begins!

General Igor Petrowitsch Kornitzky, right-hand man to the USSR Minister of Defense and Industry, slammed a little Japanese mini-camera onto the ornate desk of his comrade Michail Panfilowitsch Panfiloff. Mr Panfiloff, Director of the powerful LOMO Russian Arms and Optical factory, examined the camera closely, noting its sharp glass lens, extremely high light sensitivity and robust casing. The two gentlemen, realizing the superior nature and extreme potential of this strange little item, gave immediate orders to copy and improve the design – with the ultimate goal of producing the largest quantity possible for the pleasure and glory of the Soviet population. It was decided – every respectable Communist should have a LOMO KOMPAKT AUTOMAT of their own.

The LOMO LC-A was born, and millions of cameras were promptly produced and sold. The Soviets and their Socialist playmates in Vietnam, Cuba and East Germany snapped happily away throughout the nineteen eighties, fully documenting the last gasps of Communism, and the occasional beach vacation on the Black Sea.

A handful of restless Viennese students are cruising though the capital in great early summer spirits, enjoying the new-found Czech democracy. By this year, the LC-A’s time in the sunshine was coming to a close.

Weakened by dirt cheap, battery-powered imports from Asia, the LC-A’s popularity was waning, and it was available only at quirky, old-school camera shops. It was at an establishment such as this, where the Viennese students happened upon the adorable camera, and bought a couple for fun. Back on the resplendent streets of Prague, they zipped through the first few rolls of film: shooting from above and through their legs, shooting from the hip, and even sometimes looking through the viewfinder.

Back in Vienna they soon had the whole bag of film developed at the trusty corner supermarket (super cheapo!) and received a real surprise: Thousands of small, amusing, sad, garish shots of their little tour, wonderful focused and unfocussed images fresh from life in the Czech Republic. The images were amazing, dazzling all those present with a crushing sense of excitement – the likes of which they had never felt before.

What happens next is quickly enough told. After seeing the incredible photographs; friends, relatives, and strangers on the streets all demanded LOMO cameras of their own!

Soon, the best sources (and worst-guarded security posts) of the former Eastern Bloc were employed for the clandestine import of these little wonders. The Lomographic Society (Lomographische Gesellschaft) was soon founded in Vienna, with the aim of spreading the message of LOMOGRAPHY throughout the globe.

In 1994, the first international Lomographic exhibition is held in Moscow and New York simultaneously. Huge Lomowalls are installed in each city, displaying thousands of images from the other.

Several months later, the first Lomographic Embassy was established in Berlin; a regional outpost for organization of local Lomographic events and members. Building on this success, Lomographic Embassies began to spread throughout the world – to their current number of approximately 60 across all continents. The concept of LomographicTours also launched, enabling intrepid members to organize Lomographic photography expeditions to various exotic destinations. To coordinate all of this spastic growth, lomo.com was launched as the lomographic communication center.

Truly, the whole progression was more spontaneous and hyperactive than could have ever been planned – a vibrant community grew without bounds; driven by the insatiable thirst for wild, vibrant, shocking images.

As the demand for Lomo Kompakt’s grew throughout the world, the society was faced with a dilemma – the Russian production plant was stopping its manufacture.

To find a solution, our intrepid “Wieners” journeyed to the very horse’s mouth – the LOMO Optics factory of St. Petersburg. Relating the news of the worldwide Lomographic explosion, the Society members successfully convinced the LOMO factory heads and Mr. Vladimir Putin (the mayor of St. Petersburg at that time!) to begin production of the amazing LC-A once again – ensuring that all the hungry lomographers across the world would be guaranteed a steady supply of this Russian steel wonder.

To celebrate this occasion, a joyful group of 150 lomographers and press made their way back to St. Petersburg later that same year for crazed merriment and wild abandon.

lomography.com is launched as the formal Internet home base for all lomographers around the world.

A huge re-launch from our initial lomo.com, the new site provides community interaction, exciting projects and services, an interactive online WorldArchive, and a full product shop. This year also saw the First LomographicWorldCongress in Madrid. Held inside the cavernous Atocha train station, the WorldCongress boasted the largest LomoWall ever created – over 120 meters (395ft) long, and consisting of over 35,000 individual shining lomographs. Que bueno!

At the Photokina, the largest photography convention in the world, the Lomographic Society International introduces a new camera: the ActionSampler!

An incredible, 4-lensed, photo-photo-photo-photo-camera that dissects a second into four parts and then puts them back together to create something totally new. Instantly, ActionSampling fever grips the world, and lomographers everywhere are hyperactively snapping away with these cheerful little plastic boxes.

In October of the same year the Lomographic community met at the new LomoEmbassy in New York for the 2 week Action Sampler MarathonEvent. Working with a daily shooting schedule, the lomographic community ran wild through the streets of NYC, fighting for the prestigious title of “ActionSampler World Champion.” After much hard work and even harder partying, Ayako Komura of Japan was declared the Ichi-Ban Princess of Action Sampling!

t the Salone Del Mobile, the massive annual design convention in Milan, the Lomographic Society International presents the first camera to have been developed, designed and patented exclusively by a team of Lomographers: the SuperSampler!

The queen of all multi-lens cameras! A sizzling mega-sensation quickly follows the Supersampler launch – and the lomographic community at large begins to complain of excessively strained wrists from constant and urgent Supersampling. The new obsession begins! Later the same year, the Lomolympics 2000 kicked off to much pomp and circumstance. Following the intense competition, Cecilie Owren of Norway took home the gold medal!

Representing an exciting new partnership between the Lomographic Society and Mauritius, the famous German image licensing firm, the Lomo-Mauritius Catalogue is over 250 pages of glossy, bursting lomographic images – from both the LC-A and ActionSampler Format. Is it hot in here, or is it just us!!

In Summer 2001, on the opening of the new and sparkling Kunsthalle (Contemporary Art Hall) in the Vienna MuseumsQuartier, the Lomographic Society christened the very first Lomography Shop in the world.

Offering a selection of unique and subtlety insane design products from around the word, in addition to our full line of Lomographic items, the Kunsthalle shop is a brick-and-mortar expression of lomographic vision and design.

A historia do que é a Lomo e a Lomografia continua em lomography.com